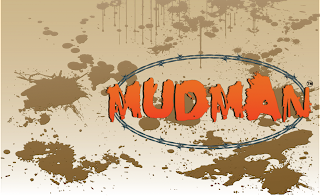 I found myself getting pretty riled up the other day when I saw an ad on facebook for a mudman run in fargo.  it wasn't that there was another mud run in a city that might compete with our planned event, the Uff Da mud run (coming to Grand Forks in Sept. of 2013), or even that their winter obstacle run is called the Iceman (although that did irk me a little bit).  No, what got me is the following (unfortunatley all to typical) rhetoric right on the home page of their website -

WELCOME TO THE MOST EXTREME OBSTACLE COURSE RACES IMAGINABLE!!
Unleash your inner beast and meet us for a day you won't forget!
Only after you've conquered fire, beaten gladiators, survived hills, climbed tire mountain, braved the ice and endured the mud will you know that you have what it takes!!

I'm going to borrow a term from my friend John Stuart and call Bull Sh*t here - there may even be a mountain of the stuff (maybe thats not mud they're going to make you crawl through?)

Obstacle races may be awesome.  They may be a super fun way to get out of your comfort zone.  They definitely provide GREAT facebook profile pic material. They might (although then again they might not) even feel harder for most folks than traditional running races of the same distance.  But are they really that tough?  Will they really test your mettle?  Is the hype really true?  Well, considering nearly 2500 people ran in Mudman's 2012 race, what do you think?

Well, i found myself asking the same questions.  I wondered.  So i did what i do when i wonder.  I googled.

I found heaps of point of view videos (here's ONE) taken by athletes actually running these races - not only the 5K obstacle runs but also the apparently much more difficult longer ones like the Spartan Race and Tough Mudder.  Hmmm.  Yeah, the obstacles look pretty fun.  you're gonna get wet, muddy, have to climb over things, crawl through things, get tripped by 'gladiators', and sometimes even endure shock induced epileptic seizures.  And, i almost forgot, you also might have to jump over some fire.  Scary.  Sarcasm aside - they do look like a fun day out - a really fun day.  But lets be honest - they can't really be that tough.

Why?  well for one, they wouldn't be the money making machines they were if they were that tough.  Watch the videos.  There are often massive lines at obstacles (long waits means lots of rest!).  The atmosphere is super cool - great camaraderie but with the trade off that there isn't really much running going on (to be sure if you're trying to go really fast it's going to be super hard -  but simply trying to run a 5K by itself at top speed might lead to a bout of dry heaving).  Add to that the fact that in most races obstacles are optional and the 'extreme' adjective starts to seem better applied to the licenses taken by the obstacle racing industries marketing departments than to the events themselves:

Can I skip an obstacle?

Yes, you can.  However, not every obstacle needs to be skipped.  Only the obstacles that are extremely physically challenging can be skipped.  If you just don't like mud or are squeemish , too bad!  You signed up for Mudman!  Those that can be skipped may have a military recruit making you do a little extra work to get by it.  Remember, there are no free rides in life, and there isn't any at Mudman either.  Come ready to be challenged!

So where does this leave us - especially considering that ENDracing is going to be part of team building one of these events in Grand Forks this coming year?  Well, for starters, we'll aim for a little truth in advertising.  Yeah - you can expect a tough event - at least as tough (if not tougher) than other 'big name' mud runs of the same distance.  But we're not going to lie to you and tell you that you're a super bad ass for finishing our course - there are lots of much, much harder races out there to finish (just look at our calendar and pick one).  You will have fun though, even tons of fun - and most of you will likely get pushed well out of your comfort zone.  And as for skipping obstacles?  Yep - our obstacles will be optional too - but with a twist.... finisher awards will reflect how many obstacles you skipped.

Did you get a bronze medal instead of a gold because you couldn't get through two of those obstacles? Awesome job - you pushed hard and only skipped two.  But get off your butt and start training earlier next year and see if you can go for the gold.

And don't worry - you'll still get to update your FB profile with that sweet picture of you crawling through the mud under strings of barbed wire (note, actual picture may vary).  Now that's truth in advertising. 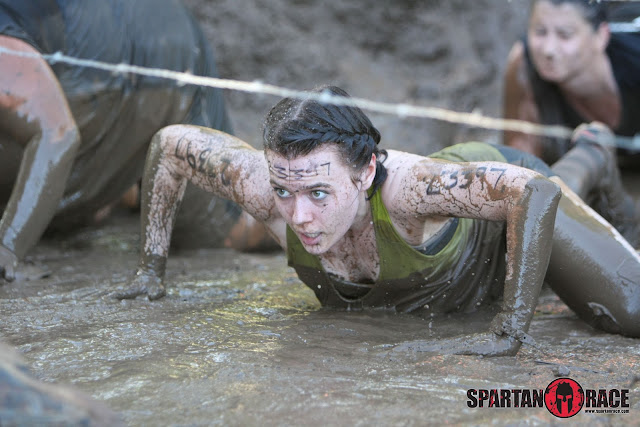