At the end of the year in 2012, after END-TOMBED to be precise, my brother Jason (captain of the Yogaslackers Adventure racing team) came up to me and said - "Man, you've got a lot of talented racers up here! You guys should put together a squad to race nationally and see how it goes!"  He then offered to help get the team off the ground by connecting them with some Yogaslackers sponsors.  It was left to me to try and figure out who to ask on the team.  I approached a number of racers (most of whom were ENDracing veterans) and quickly had a skeleton crew of racers ready to committ to a number of big races throughout 2013.  Things came together somewhat hastily and lots of fantastic and strong racers from both Canada and the USA aren't represented - there were simply too many people to choose from and too few spots available. The deciding conditions on who was selected were ultimately my personal experiences with the racers and/or their very recent (still vivid in my memory) race performances, their history racing together as team-mates, and their willingness to committ nearly $2000 in race entry fees and travel costs (about half up front) towards a team that was little more than a 'good idea' at the time.  [Ok, so one of them is also the love of my life, which may have garnered her a bit of advantage in the selection process - although she's also a damned good racer.]

The 2013 team is comprised of myself, Grant Mehring, Michelle Annandale, Cory McFarlane, Tim Wintoniw, Tammy Magness, and Alanna Butler.  The team will be competing in adventure racing events (though the members may also compete in individual events as they choose) throughout the year with a focus on a regional (the First Basis series) and national series (the North American Adventure Racing Series).  The current schedule includes at least six races, with the longest being the 3.5 day Cowboy Tough expedition race in Wyoming, slated for mid July. Also on the schedule are both ENDracing adventure races.

I will not race on the team, for obvious reasons, at either of the ENDracing events.  While we had initially discussed not having the Yogaslackers/ENDracing team race at an ENDracing event because it might 'look bad', we figured we could just be transparent and explain things.  Both events are part of the NAARS series - the 24 hour one being a regional championship.  The team would have little hope in competing as part of the series without entering these events.  The squad are great folks who are passionate about racing just like all the other racers that will be there and they won't have any special advantages not possessed by other experienced teams that have done ENDracing events before.  We're not trying to make anyone feel bad - you know, a 'hey these guys are worth of the ENDracing name and everyone else isn't' - sort of thing.  Bottom line is that there are lots of talented teams that are racing our events these days, and lots of talented people on all the teams.  And truth be told, as a the race director, I probably want YS/ER to get their ass handed to them at the events I direct our even more than with the other teams (:

If things go well, we'll try to keep the team going in future years and will expand as necessary, replacing racers that move on or adding more racers as possible, so stay tuned.  And if you're interested in being on the team, feel free to send an email.  Keep in mind though that the team committments include doing lots of races (mostly at personal expense) and training hard in an effort to be nationally competitive.  We don't really care if we win or not, but the drive to push hard and suffer immeasurably for the sake of the team should at the very least seem extremely gratifying to members, right guys? .

Bottom line is that I love all our racers, and appreciate what each brings to this crazy adventure/endurance racing community of ours - from the folks we've chosen to represent the ENDracing name in regional/national races to the folks that work their butts of just to finish, period, to the folks that DNF after flirting with hypothermia in a desolate cornfield.  Whereever you end up or whether you finish at all, it all tastes good because it's all grand adventure, and I look forward to many more helpings both with the team and all of you. 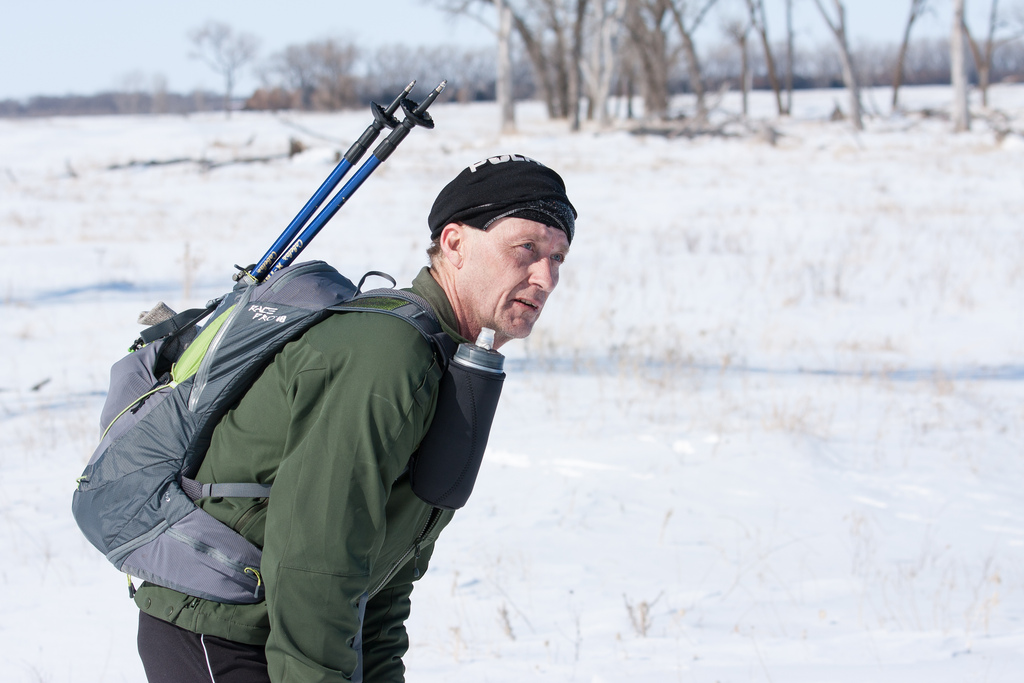 Dan Salyers, around the half way point

I'm going to keep this brief - my eyes are still bugging out on me, wincing and shivering at the bright glare from the computer screen, afraid that there is more pain coming.  For those that don't know, I (Andy) was laid up yesterday with late-onset snow blindness, unable to open my eyes for more than 12 hours. Lessons learned. But i've been able to manage short stints today and thanks to the Pecks, the final results and stats on what will possibly live in infamy as the hardest of a long line of hard END-SURE races (yet to come) can be found here.  Thanks again to all the competitors, volunteers, and sponsors.  As a physicist by training I am comfortable with the idea of paradoxes and have found yet another one as a race director - the vibe, volunteer crew, and atmosphere at every race somehow is always the best I could possibly imagine.  It seems that the bar is set so high at each event that it won't possibly be met the next time, and yet it always is.  Awesome.  And speaking of awesome - I'll let Dan Salyers - the last racer to complete the course (he was still racing while most folks were sleeping I suspect) sum it up in an email he wrote me yesterday -

"Awesome is often an overused word these days, but everything about this event and undertaking was exactly that and then some. The feeling of accomplishment and camaraderie amongst racers and especially volunteers and organizers, well phenomenal.

Don’t know if you are aware, but after coming in after 1 am, Grant and Jenna put me up in their house with a hot shower and warm bed. Above and beyond and I am forever grateful not only for their putting together such an opportunity as the race, but their hospitality as well.

The damage is overall minor and … overall. Early frostbite to finger tips and one blackened toenail. Back held up wonderfully and knees, well they will survive. Took about 10 Ibus on the trail and then it didn’t matter, just a way of life."

Thanks for that Dan.  And what a way of life it is. 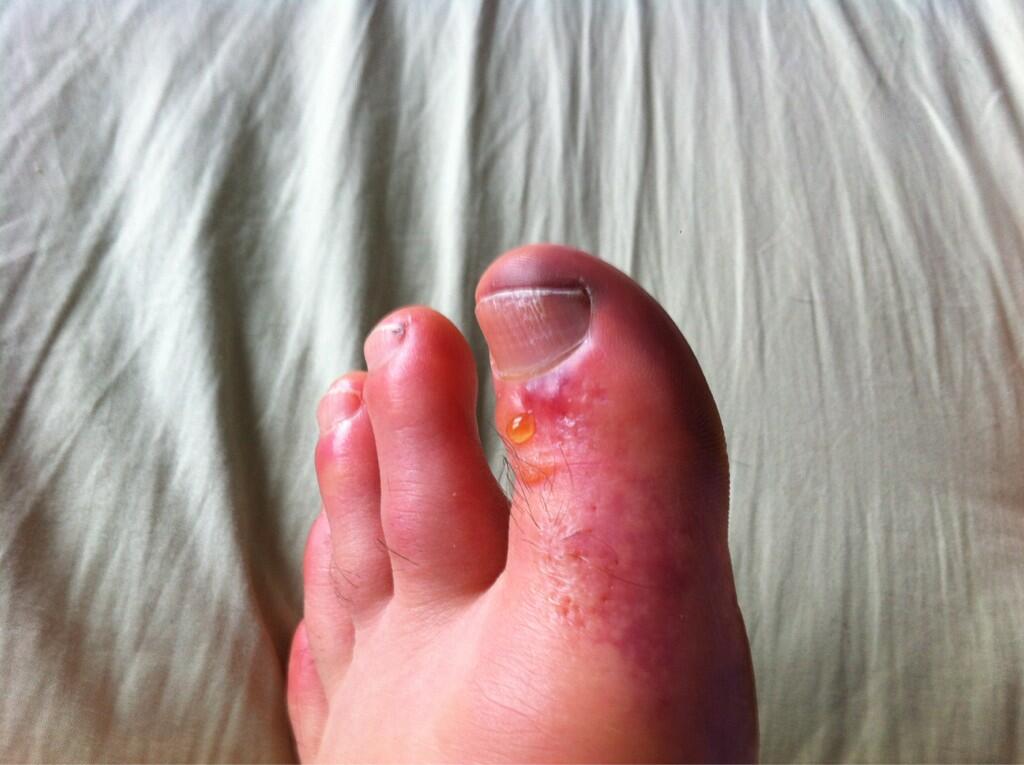 The first inaugural Extreme North Dakota Sandhills Ultra Run Experience is over.  And truth be told, it will probably be a quite a few years before we have another one like this.  It was, well, brutal.  While the first half of the course was 'runnable' (if you call doing the old man shuffle at 5 mph - 8 kph running) and offered better than expected trail conditions, the last 13+ miles more than made up for it.  Snow depths in this section ranged from 6-24 inches and the conditions were such that running more than a few steps at a time was nearly impossible.  Out of the 32 solo runners that braved the nasty driving conditions during the friday storm to make it to the race, only 19 finished, with the biggest number of withdrawls happening at remote CP 3, 6.5 miles from the end of the race.  Racers arrived at the checkpoint in various stages of suffering - early stages of hypothermia, extreme exhaustion, and lots of concern about frostbitten toes.  Congrats to all the racers whether you finished or not - it was a huge undertaking under cold and difficult circumstances.

And a big thank you to the fantastic volunteers that pulled it off - Rachel U (going above and beyond at CP 1), Carmen Peck and family (lead volunteer and CP 2), Ted and Beek (providing warmth and humor at remote CP 3), Jim Larson (shuttle driver), Jenna Mehring (Finish Line and shuttle), Mason Mehring (food), Alex and Cole Mehring (snowmobile, course setting, lots of other stuff), Greg Ames (snowmobile), Wes Peck (photos), and Grant Mehring for taking over director duties and keeping his calm until the end, and letting me actually run one.

Preliminary results  follow (pieced together from Twitter updates).  Times to CP's for all racers will be available in final results, but here are the finishers - 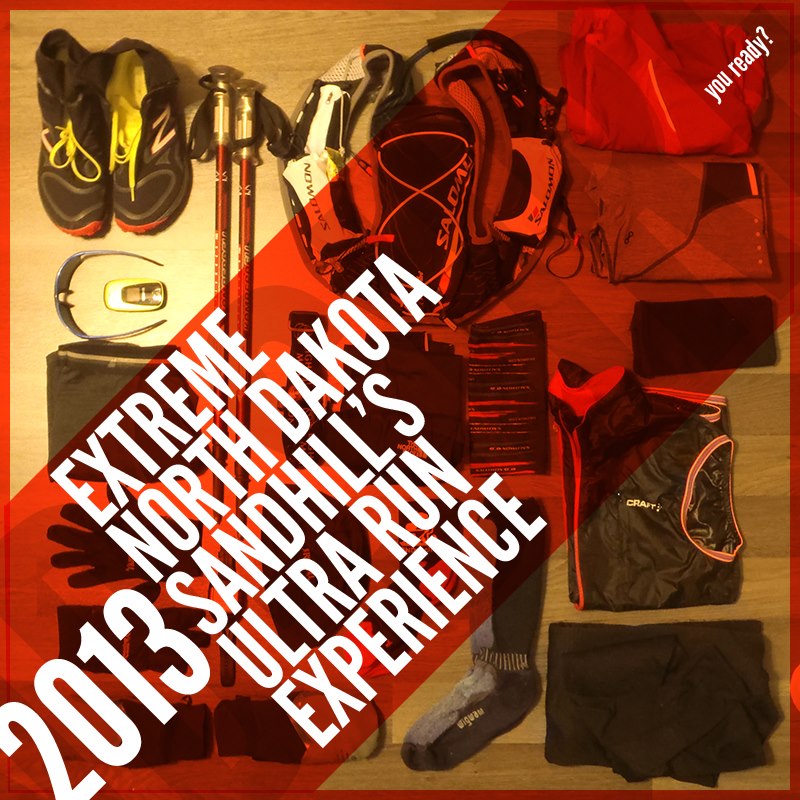 Graphic thanks to Alain Foidart

ENDracing's foray into ultra-running is shaping up to be an unexpectedly challenging event.  Event creators Andy Magness and Grant Mehring ran the trail last spring and while they immediately recognized it's potential in terms of providing a great venue for a 50K trail run, they never imagined it would end up as difficult as it is looking to be.  The trail is buried under feet of snow, there is the  possibility of gates being frozen shut, and high temperatures are expected to be only 20 degrees fahrenheight.

I've had a nice email exchange with one of my Canadian friends and fellow ENDracer recently that I thought bore comment.  She was responding to one of my FB posts (on the END-SPAR event page) that seemed intended at creating a rivalry between canada and the US by alluding to a mythical 'adventure racing crown' that was up for grabs at the event.  Although i will admit to being a big smack talker (see below) myself and someone who has alot of 'fun' with competition - after the discussion i realize i may have been over-emphasizing the competitive aspect of endracing events.

The beauty of the type of races that we aim to bring to the region is that they really appeal to folks who are 'self-competitive' - who strive to see what they are able to accomplish in relation to their own inner ideas of what their limits/capabilities are.  My experience has always been that traditionally competitive people often fare worse at brutal events that contain a high degree of uncertainty - and that pretty much sums of what we aim to include as an ingredient (at least in some measure) for every race we put on.  In particular our Adventure Races fit in to this category, where navigation and teamwork - both of which increase the level of uncertainty - are key elements.

So yeah, it can be fun to race race (see if you can figure that one out!).  It's nice to look at results afterwords and see how fast you went and how the teams you were 'racing with' fared - or even to analyze your race and figure out where you 'would have placed' if you hadn't made that nav error or gotten those three flats (I love doing this last one!).  But what is the most fun is just to 'race', period (raise your hand if you understood that important distinction.  Ok, good!). Our goal is really to challnege everyone and to create a fantastic and tough experience that both veteran and rookie racers will come away from with a sense of significant accomplishment - whether or not they are able to finish and regardless of where they find themselves in the results.