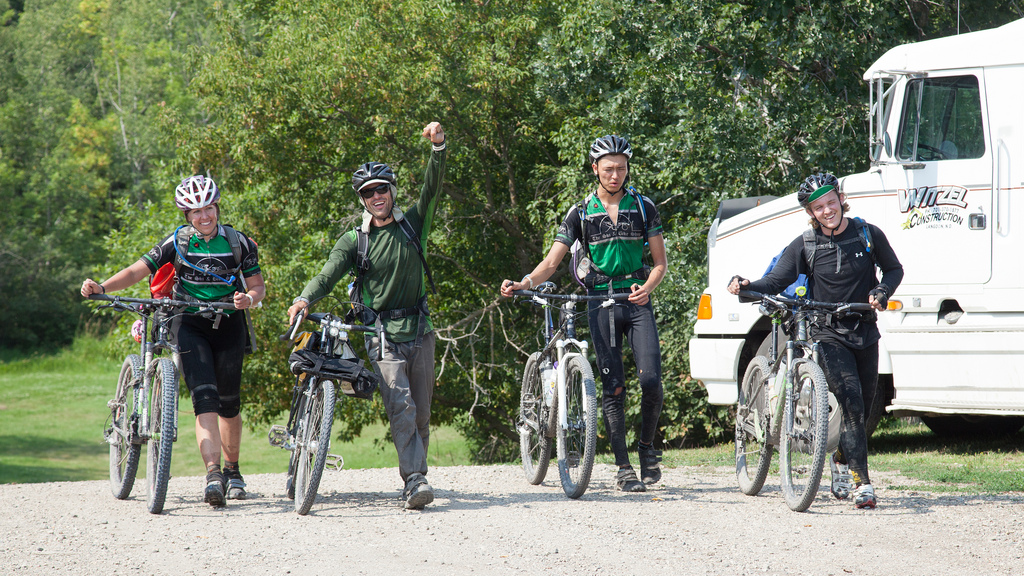 The woman from the couch and her team reaching the finish line.

It was a brutal race this year.  But don't take my word for it - i didn't do it.  I'll let Vern Nelson do the talking - 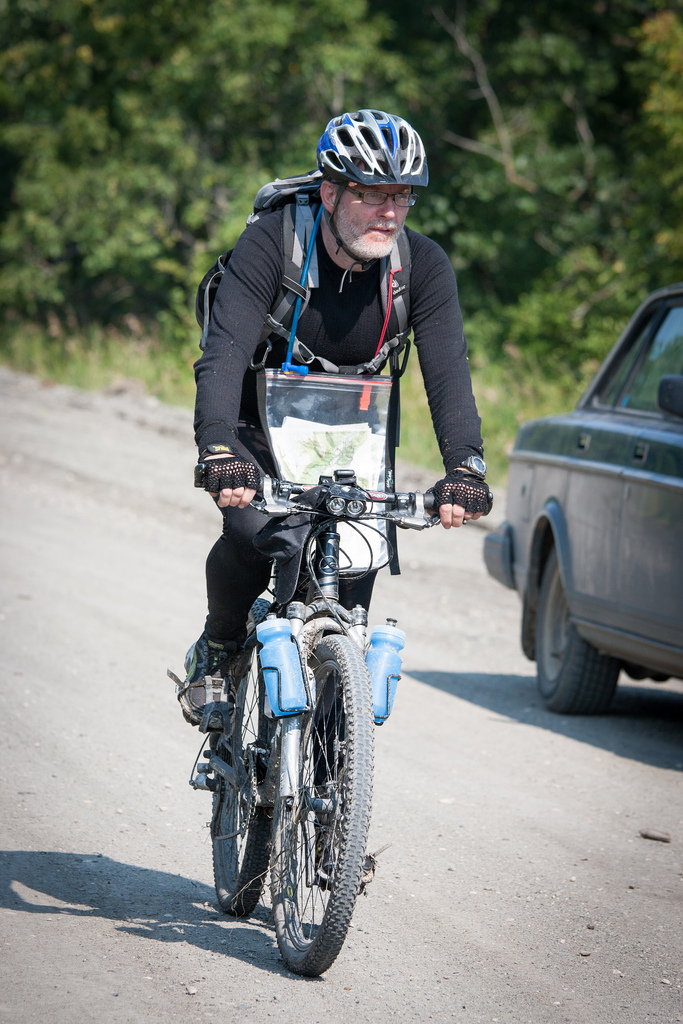 "I thought I would reflect for a few days before I sat down and wrote a few thoughts about my recent adventure in North Dakota. Before I begin, I want to thank my team mates Elwood Friesen and Rheal Poirier for putting up with my advanced age and general whining. How does one begin....

Many good stories start in the middle, so I will begin there. After 18 hours of racing, I was sitting in a cabin in the woods pondering whether or not I was able to continue. At least I wasn't crying like the woman on the couch across from me. She wanted to quit, but her team wouldn't let her because they'd be disqualified. Beek, The checkpoint volunteer was doing his best to comfort her while she made a decision. I managed to interrupt him long enough to get the final map of the race which our route home.

My heart sunk when I saw the map. The final leg required us to ride our bikes down and across a river, and then drag them up a 120 meter cliff on the other side. I was pissed! Really, you spring this one me after 18 hours? I showed it to my team mates who took it a little better, but not much. We turned to Beek looking for an out:

"What if we quit? How long before someone comes to pick us up?"

Beek responded: "Pick you up? Nobodies coming to pick you up. You can rest on the couch for a while, but if you're not injured you have to get yourself out. The best way is to ride down and across the river, and up the 120 Meter cliff on the on the other side. Once you get to the top, you can ride home."

So we gathered up our stuff and that's what we did. The crying woman must have reached the same conclusion because she pulled herself together and off she went with her team.

The ascent of the cliff turned out to be harder than anticipated as it was made slippery by the rain from the night before. The mud was clumping on the tires until it jammed in the frame and the tires wouldn't turn anymore. It was insane: Climbing a 120M hill with a 12kg pack and a loaded 15 kg bike with wheels that won't turn. Somehow we made it, but it took everything out of us. It was 10 o-clock in the morning and i figured I was on my way to a sever case of heat stroke. With less than 2 bottles of water left, We decided to skip the last 3 checkpoints and head for home. If the ATV trails were as bad as the hill, we probably couldn't ride them anyway.

We made it to the finish under our own power where I just lay down on the grass and baked. Turns out I didn't have heat stroke. It was turning out to be the hottest day of the year and my mind just didn't register that it could be that hot at 10:00 in the morning.

And what happened to the crying woman you ask? Well, her team somehow convinced her to head out on the ATV trails and they finished the course. They came in 3rd in 3-4 person coed. You never really know what you're capable of."