Before we announce who this year's Guest Swimmer is going to be, I wanted to do a small introduction. My name is Don Henderson and I am taking over direction of END-WET this year. The esteemed Tim Bauer will be helping me take this on. Tim needs no introduction.

I have worked with Beek the last several years to learn the ins and outs of what it takes to direct this race. I completed the race twice, in 2015 and 2016, and have been involved in some capacity every year since then. I look forward to this challenge!

Ok...now, let's introduce our Guest Swimmer. Typically, we send out a call for nominations. Some of you may have noticed that this year we didn't do that. We thought that we could break from "the norm" this year and so something that we've never done before.

First joining us in 2015 as our Guest Swimmer, and then returning in 2016 to do END-WET twice (once the day before on her own for fun and then the race itself the next day) as training swims. Introducing our first repeat Guest Swimmer - Sarah Thomas. 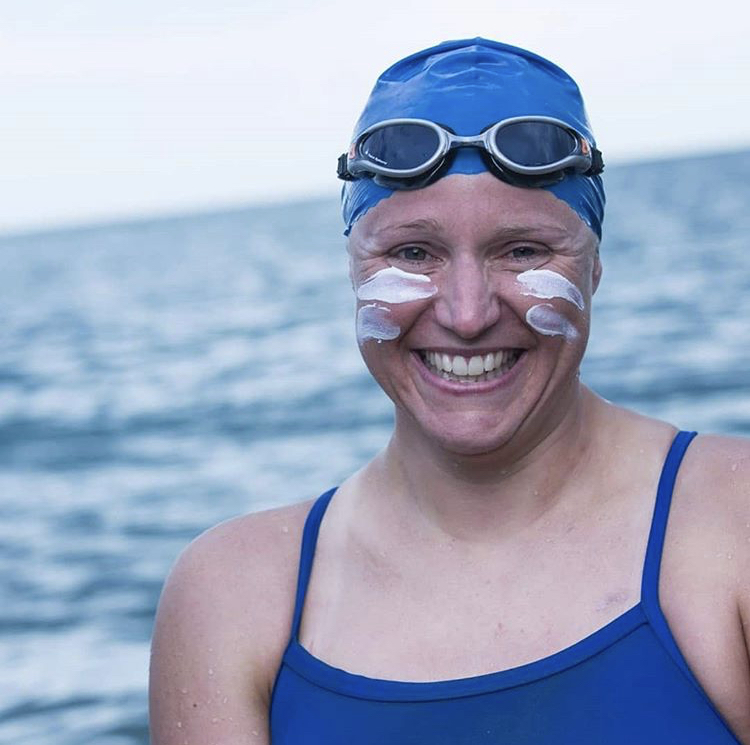 Sarah Thomas, 37, is an ultra-marathon swimmer who holds the current world record for the longest continuous, unassisted, non-wetsuit, swim done in current-neutral conditions. That record-breaking swim covered 104.6 miles over 67 hours and was completed in Lake Champlain in August of 2017. Shortly after completing this swim, Sarah was diagnosed with an aggressive form of breast cancer. She was just 35 years old. While undergoing aggressive cancer treatment, including chemotherapy, surgery, and radiation therapy, Sarah never gave up on her dream of doing a swim that most people thought was impossible. One year after completing her cancer treatments, Sarah did just that- becoming the first person to complete a four-way crossing of the English Channel in 54 hours and 10 minutes.

Sarah lives near Denver, Colorado, with her husband Ryan, their two beagles and their rescue mutt. She is a full-time healthcare recruiter.  She also does keynote presentations for special events, where she shares her life lessons that help her complete marathon swims and that helped her beat cancer.

Sarah will give a talk to swimmers, volunteers and spectators on the Friday evening before the race and we hope you’ll help us welcome her back to North Dakota.