For those of you that don't get the email newsletter - please join the mailing list!  Here's what you missed this month... 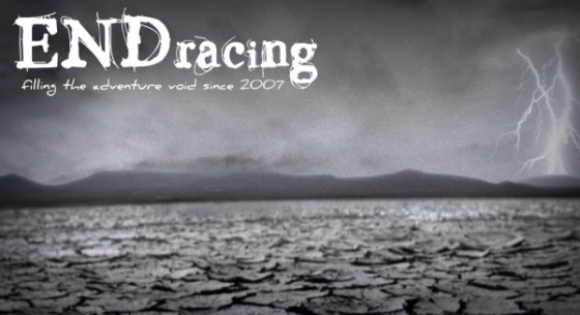 We've been busy over the past month!  Late October saw me making my way out to Moab to participate as part of team Yogaslackers in the Checkpoint tracker Adventure Racing National championship.  I barely made it as flight cancellations forced an overnight drive from Grand Forks down to Minneapolis in order to just make a last minute connection to Las Vegas where another long drive got us to Moab just at the tail end of registration, proving once again that often the hardest part of adventure racing is getting to the start line!  We (Yogaslackers) went hard and crossed the finish line in 2nd place, nearly two hours ahead of third, and 20 minutes behind first place Team Osprey, arguably one of the top 10 teams in the world at the moment.  Unfortunately, six hours of penalties levied to both teams took us back to 7th and 10th place respectively.  Those interested in a bit more detail on this somewhat controversial turn of events can find the 'official' explanation by CP tracker here, and Yogaslacker's take on things by reading through the post comments.  As a result of the race, I realized how far behind the rest of the team I am in terms of biking ability and now have my work cut out for me in order to get stronger before Yogaslacker's next big race, the Abu Dhabi Adventure Challenge which takes place Dec. 10-15.

In other news - ENDracing's next event, the Extreme North Dakota Iceman Triathlon (END-IT), is slated to open registration on December 1st.  The planning committee is having weekly meetings and things are starting to come together.  The race will be held at the same location as last year but the individual sections of the course will be slightly different.  Because we are expecting a bigger field, we're hoping to improve the mass start, streamline the transition area, and have a large warming tent (in addition to the warming hut) to accommodate the larger numbers.  All the cool stuff (sledding, 'cliff jumping', off trail biking and running) will of course remain a part of the experience.  We've also recently secured a title sponsor - Talus Outdoor Technologies - a company that makes fabulous extreme cold weather headgear that is perfect for winter training.  We're psyched to be partnering with them and want to extend a big thank you for their support in helping to make this year's race better than ever.  We'll soon start offering discounts on their products through our website - some of the proceeds of which will back to fund future ENDracing activities.  In addition, folks who sign up for END-IT will be offered a special code for a one time special deal on Talus gear so that they can get some and get training, no matter how cold it gets in the coming months!  Finally, as was the case last year, all profits from this year's event will be put directly back into local non-profit organizations to help them do what they do.

Finally, I'd like report that the Grand Forks Cyclocross series ended the last weekend with it's third race.  I participated in the last two races and had a blast.  Cylcocross is often called the 'hardest hour in cycling' and I found this to be an apt description.  Both races were awesome courses and well executed by the UND cycling club.  Their next event is an ice-bike race in celebration of Valentines day - scheduled for Feb. 13th.  Hey - that sounds like a perfect opportunity to practice your winter biking skills in preparation for the the Iceman triathlon!