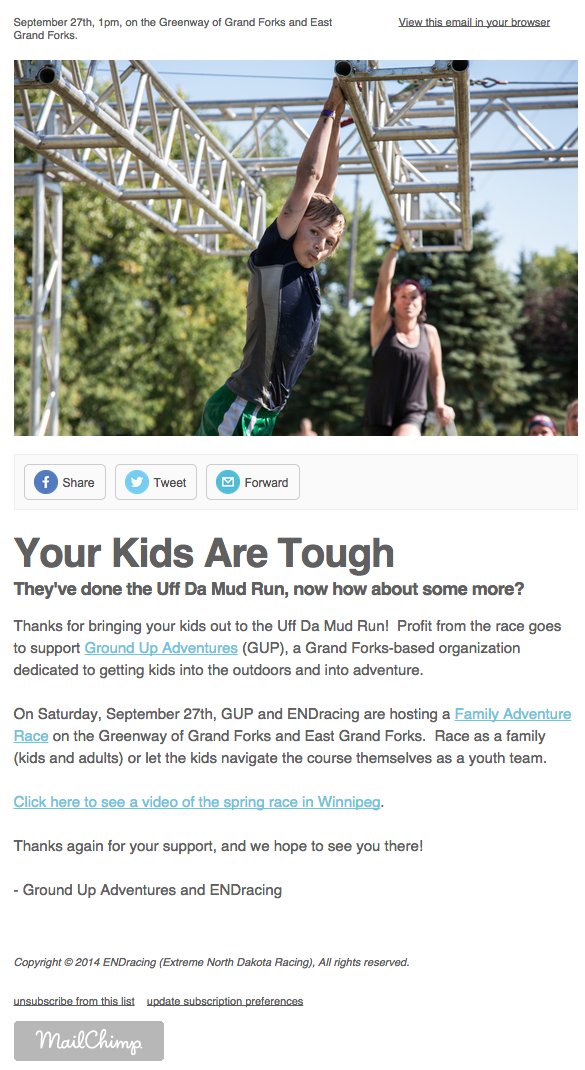 Wow it's been quite a summer.  As a race director I've been thrilled to put so many epic races this summer and connect with so many inspiring individuals.  I'm also consider myself very lucky and blessed to have such talented folks to work with and such a great crew of dedicated volunteers to make all of this possible.  We're still in recovery mode from Uff Da and gearing up for the final three events of the season--a family adventure race in conjunction with Ground UP adventures,  the North American Adventure Racing championship race, and our 'Double Feature' event (a mountain bike race and trail race on consecutive days) but we're also already looking ahead to next year. We aren't yet 100% certain on next years dates but will try to have those posted by the end of the month for those already looking to schedule their 2015 race calendar, but will wait until Jan 2nd of 2015 to open registration for all events.  Why Jan 2nd?  Well, we just want to make sure you have a full day to think about things after any potential New Year's Eve revelry. After all, while resolutions are great things, resolutions that include any of our events are probably best made when one's faculties are fully present.

I just got back from the awards ceremony for END-WET, our 36 mile downriver swim which took place yesterday.  It was a great event, despite the river being 6 feet into flood stage and plenty of debris in the water adding to the challenge of swimming such a distance.  As a race director, I couldn't be happier with how everything came together and how the volunteers, support kayakers, city officials, local sponsors, and swimmers themselves came together to help create such a great adventure.  This event is special to me because it has a big impact on the community in which I live and contributes to a new vision of the river within which it is held.

However, as a race director I also have way too much going on in my head not to miss a few things now and then, which was the case at that awards ceremony.  So here's two important things that I missed:

The relay team.  Every year at END-WET we've had a group of local girls who have not only formed a relay team, but both won the relay category and been the first swimmers to finish the distance.  This year they were back and although they were the only relay team this year (we gotta get more relay teams!!! Come on you local swimmers - the river is really fun to swim in!!!), they carried on their tradition of swimming hard and once again beat all the solo swimmers to the finish line (although solo winner Kevin Kopplin put up quite a fight!).  These girls, led by former collegiate swimmer Hannah Whitehead, deserved recognition at the awards ceremony not only for their achievement (each swimmer still went 6-9 miles!) but also for their continued local support of our event.  Sorry for the oversight ladies!

The Elder.  Bill Daugherty was one of the solo swimmers that began but did not finish the event.  He made it 21 miles before withdrawing from the event.  We at ENDracing want to offer him a heart congratulations for sticking it out this far--which is still longer than most open water swims out there.  What makes his accomplishment particularly remarkable, despite his not finishing the full distance, is that Bill is 71 years old.  Yep, that's right - seven-one.  I only hope to still be alive when I'm 71... If I've got the courage, confidence, and vitality that Bill does when I am his age I'll be over the moon. We were so happy to have you in the water at our event Bill.

If you were part of the event and can think of anything else I missed, please let me know - we'll look forward to hearing all the stories over the coming weeks and seeing the great photos that Wes Peck (our resident photographer) always takes. 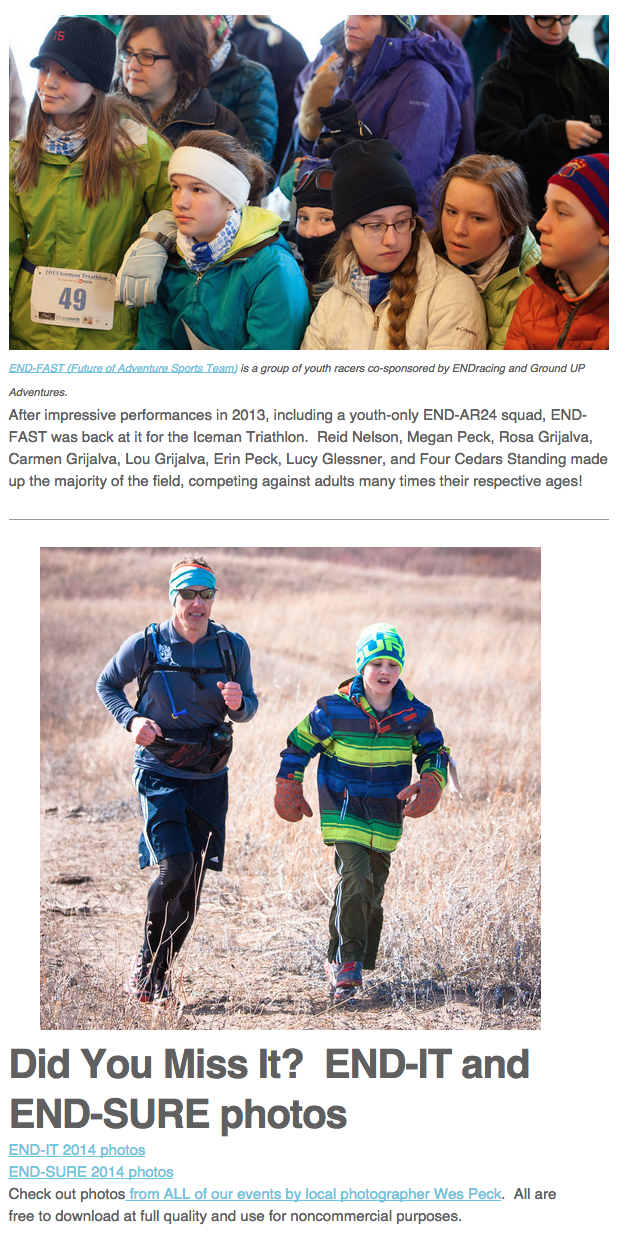