Team Blind Squirrels (from the Twin Cities) wins both the overall race and the premiere category (3/4 person coed) by clearing the full course in 23 hours.  Team Swamp Donkey (from Winnipeg), also cleared the full course in just under hours, but walked right by CP 15, getting a two hour penalty and so officially finishes second overall but first in the open category.  Awesome job guys!

More to come later, including complete results, links to photos, and eventually some videos of the action that will allow you to relive it all from the comfort of your couch, and have you impatient for next race.  For now though i want to give a big congratulations out to all the racers (whether official finishers or not) for your accomplishments.  I said it at the awards and i'll sat it again - this was a HARD RACE, and not just by the merit of being a 'so called' 24 hour adventure race - there are lots of those out there (case in point - at another more high profile and long running race in Illinois this last weekend, top teams completed the full course in under 14 hours!)

The grit and perseverance displayed by teams was remarkable.  As i sat at CP 17 watching teams limp in well after first light, i put on a positive face and tried to convince each of them that if they kept pushing they'd have a chance at completing the short course - all the while secretly doubting that some of them could ever to make it.  Amazingly, every team that made CP 17 finished the course before the race close even though this meant they had to dig deep and give performances rivaling that of the top teams on the final river section. Some of them did this even though forced to paddle with one less raft than they started, as the shallow river had by then destroyed many of the less expensive boats.

I've got some many stories like this, i'll try to share them over the next few weeks, so bookmark the site and check back often. Racers captains will also be getting an email in the coming week soliciting race reports, comments, etc so be looking for that as well.  And tell your friends, recruit them, be honest about how brutal it is, but also about how it changes and affects you.

Once again, well done everyone.

Jason here (Andy's Twin)....
Just wanted to guest post and wish everyone in the coming race luck.  It was a pleasure to have Andy race with us (GearJunkie/YogaSlackers) for 7 days....and I've put together a little video of some of the highlights and lowlights.  Andy was a total beast out there.  My favorite part of the video is when he explains that he is a shitty biker (lets face it, GF, ND is not a hot-bed for producing technical endurance mountain biking champions) and it is all his new Ellsworth that is getting him through.  In truth he was incredibly impressive on the bike, so much so that I may start dragging a tire around my trails in Oregon.

The story he might not volunteer though is the one about his brief stint as navigator, where he (and we are all at fault for not paying more attention) was trying to lead us to CP 61 and somehow took a wrong turn and over the course of an hour or so led us back to CP 60 in a big loop.  Whoops!

So keep your eye on your compass and stay found! 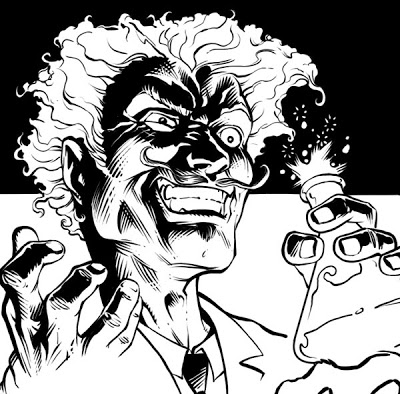 My knee is still swollen.  my appetite is still ravenous.  I'm still sleepy all the time.  but can i sleep?  nope.... i've got an adventure race to plan!

things are going well on that front - and they'll perhaps be a little easier, as i learned in idaho that i don't need to be such a softy.  Don't worry, i'm not going to make the course harder, but i'm also not going to give in to some of the impulses that i'd been feeling (and suggestions i'd been getting) to make it easier.  I'm not going to go out and mark important intersections with flagging to help you make the correct turn.  I'm not going to change the start time to eliminate any possibility of semi-technical biking at night.  You'll just have to follow the advice printed on the the wristband given to all the Idaho Expedition racers, and "suck it up princess".

Idaho was good for me because it renewed my own belief in the good that comes from overcoming extreme challenges. Now extreme is different for everyone, and this race may prove too extreme for some - but this shouldn't be seen as a negative.  The pole vaulter can't always clear the bar - falling just short can be as motivational (or more so) than clearing it by a mile.  And if you do clear it by a mile?  well good for you.  I hope to see you in Idaho next year.

See everyone in a few days!

PS - don't forget coffee mugs if you want sat. morning coffee, towels (for after race showers) and flip flops!  Also, the river is a bit low..... this will make for an interesting race, as there may be a fair bit of strategy involved in when to paddle and when to trek along the river banks...... teams that have figured out how to paddle quickly may take the day as the current is only (as of today) averaging around 1.5 mph, less than half of what it was a 5 weeks ago.... good stuff!

I head out tomorrow at an 'alpine start' hour to catch a plane in Fargo, enroute to Spokane, the nearest major airport to race HQ for Expedition Idaho, a 7 day expedition style adventure race.  I'll return (fingers crossed) on Sunday evening.  During that time I'll be unable to answer phone calls or emails, but will have someone somewhat familiar with the race checking the email regularly.  He may not be able to take care of everything, but he'll do his best and give me a big list of items that need my attention when i return - i'll try to follow up with everyone/anyone by the tuesday of race week at the latest.  This being said, there are a few general items that should be made clear at this time:

I head out tomorrow at an 'alpine start' hour to catch a plane in Fargo, enroute to Spokane, the nearest major airport to race HQ for Expedition Idaho, a 7 day expedition style adventure race.  I'll return (fingers crossed) on Sunday evening.  During that time I'll be unable to answer phone calls or emails, but will have someone somewhat familiar with the race checking the email regularly.  He may not be able to take care of everything, but he'll do his best and give me a big list of items that need my attention when i return - i'll try to follow up with everyone/anyone by the tuesday of race week at the latest.  This being said, there are a few general items that should be made clear at this time: 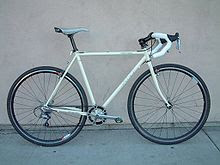 Well, i leave on Saturday to participate with team GearJunkie/Yogaslackers in the Idaho Expedition race, so i'm desperately attempting to get all the details sorted out for END-AR 24 before my departure.  The maps are almost done (all 18 of them), the passport is waiting to be printed, and the course booklet has been written.  I'm including a link to the latter HERE so that you can start getting excited/worried/nervous, planning strategy.  I'd advise you to read it thoroughly (racers will be responsible for knowing this information!) and ask any questions ahead of time.  I'll be MIA from the 13th of august until the 21st, so all emails and phone calls will go unanswered for this period!

A few recommendations for these last few weeks of training:

I'm placing an order with our sponsors for swag on Monday, August 8th.  Teams who haven't registred, or at least confirmed attendance by that time will still be able to register later, but are not guaranteed all the swag!  I'll likely over-order a bit, and teams registered/confirmed after the 8th will get swag in order of when they sign up, until its gone.

Long story short - if you're planning to race and haven't registered or signed up - kindly send me an email and let me know the details (team size mainly) so i can get a better idea of our numbers.  Cheers everyone!

Also, we've still got a number of packrafts or other watercraft available for rent if teams want this option.  Can be reserved on a first come first served basis.  Alpacka scouts are $30 each, and we've got a couple of other options as well, so inquire if interested.